Videos from the Generation Prog Festival 2011

Posted on 30. October 2011 by Michael| Comments Off on Videos from the Generation Prog Festival 2011

We have finally uploaded a few videos of our set at the Generation Prog Festival 2011 to YouTube. Enjoy!

Drum solo (also from The Alchemist):

Comments Off on Videos from the Generation Prog Festival 2011 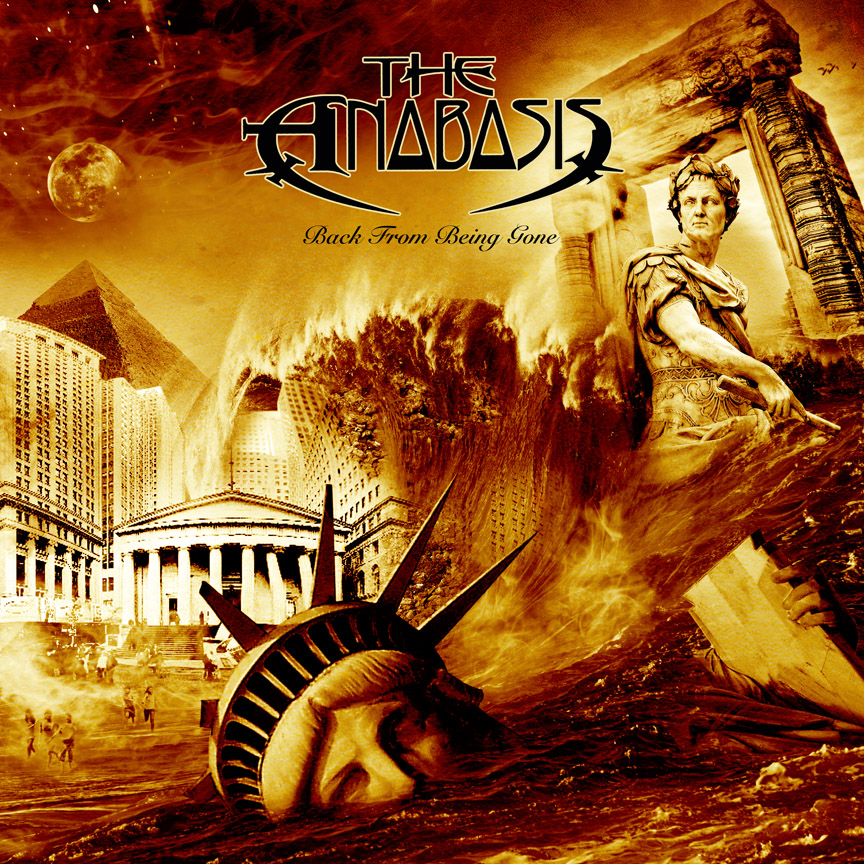 Comments Off on Stefan featured on The ANABASIS – Back From Being Gone (with Ryo Okumoto!)

The full lineup for the Generation Prog Festival 2011 has finally been revealed. Update from August 3: Subsignal have replaced To-Mera on Saturday!

Here’s a preliminary festival schedule for you (updated August 3rd):

Exivious might still end up playing last on Friday because of their stage setup.

Weekend tickets and hotel deals (only valid until August 25!) are now available:

Posted on 4. July 2011 by Michael| Comments Off on New website launched, 2004 demos available

We have just launched this new Relocator website – hope you like it! The design and navigation have changed a bit, making it easier for us to maintain the site.

We have also added some new content: We are now streaming complete tracks from our debut album on our Music page – much better audio quality than on MySpace! And just for fun, we have also added four 2004 demo tracks to that page – these can also be downloaded for free! Everything you hear in them was performed and programmed by Stefan himself, so these are the songs in their original form before Michael, Frank, Derek and Bartek added their own style to them. Enjoy! 🙂

Posted on 10. May 2011 by Michael| Comments Off on Relocator to play Generation Prog Festival 2011 – with Haken, Exivious, To-Mera and more!

It was the worst kept secret in prog, but Relocator are now officially announced for the upcoming Generation Prog Festival 2011! The event will take place in Nürnberg on September 23 and 24 and will feature such amazing international guests as Haken, Exivious and To-Mera plus our local heroes Theory of Elements (check them out if you haven’t yet!) and three more bands yet to be announced. Hope to see you there! 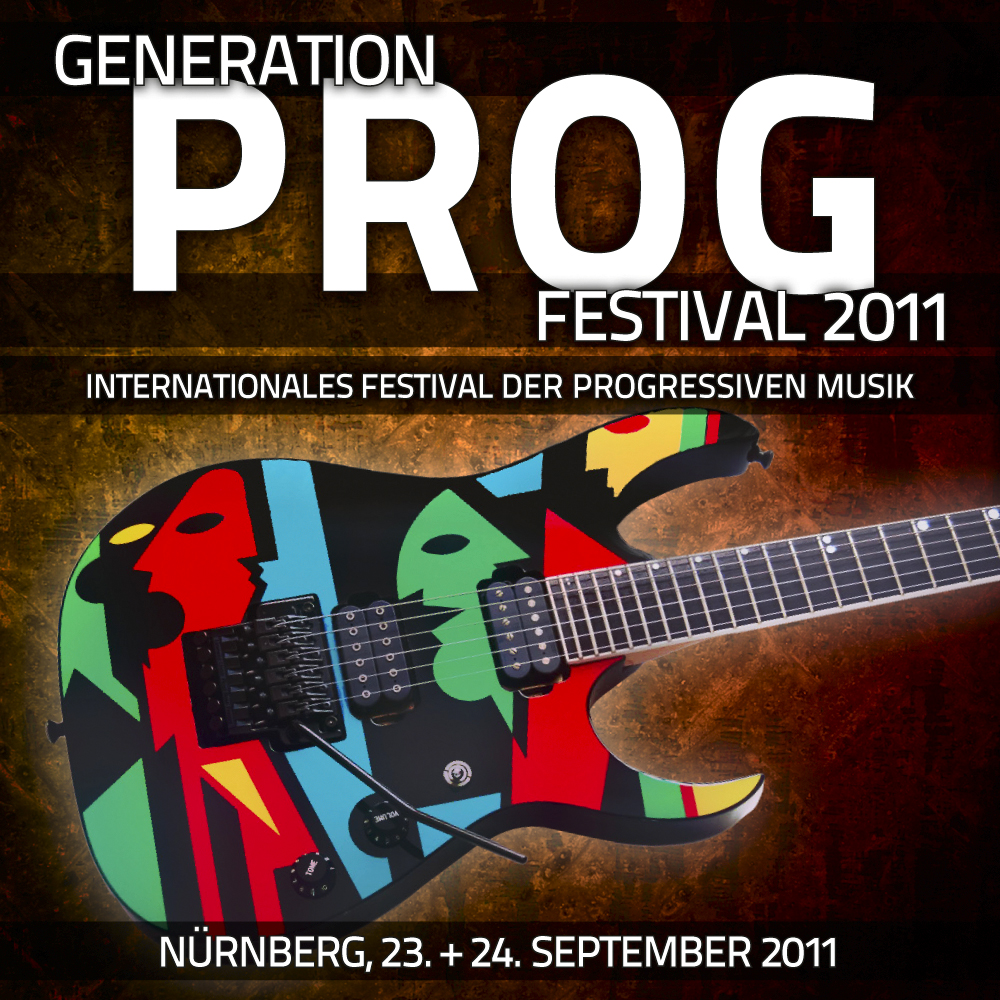 Find out more about the festival:
http://www.generation-prog.com

Generation Prog on Facebook:
http://www.facebook.com/GenerationProg
Sometimes accessing this link results in a “page not found” error. It’s a known Facebook bug. Until they fix it, just keep trying!

Comments Off on Relocator to play Generation Prog Festival 2011 – with Haken, Exivious, To-Mera and more!

Relocator featured as “Newcomer of the day” on Progressive Journey

Posted on 7. February 2011 by rrradmin| Comments Off on Relocator featured as “Newcomer of the day” on Progressive Journey

This Thursday we’ll be featured as the “Newcomer of the day” on the biweekly Progressive Journey show on www.Rockradio.de (UKW 88,4 Berlin). Thanks to show host Ralf Zimmer for this honor! 🙂 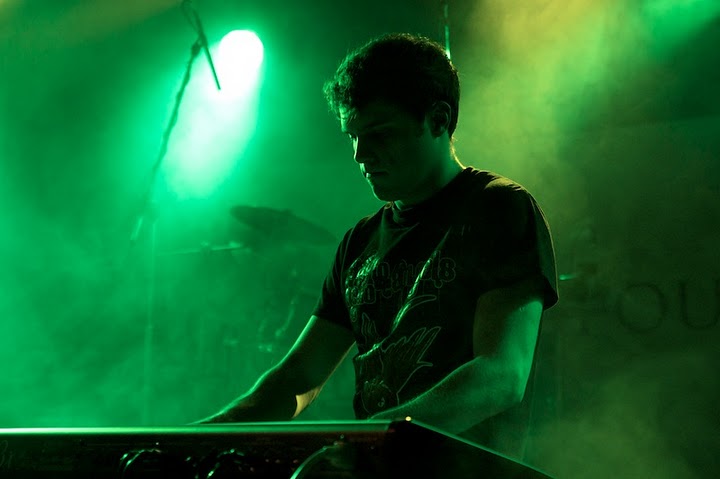 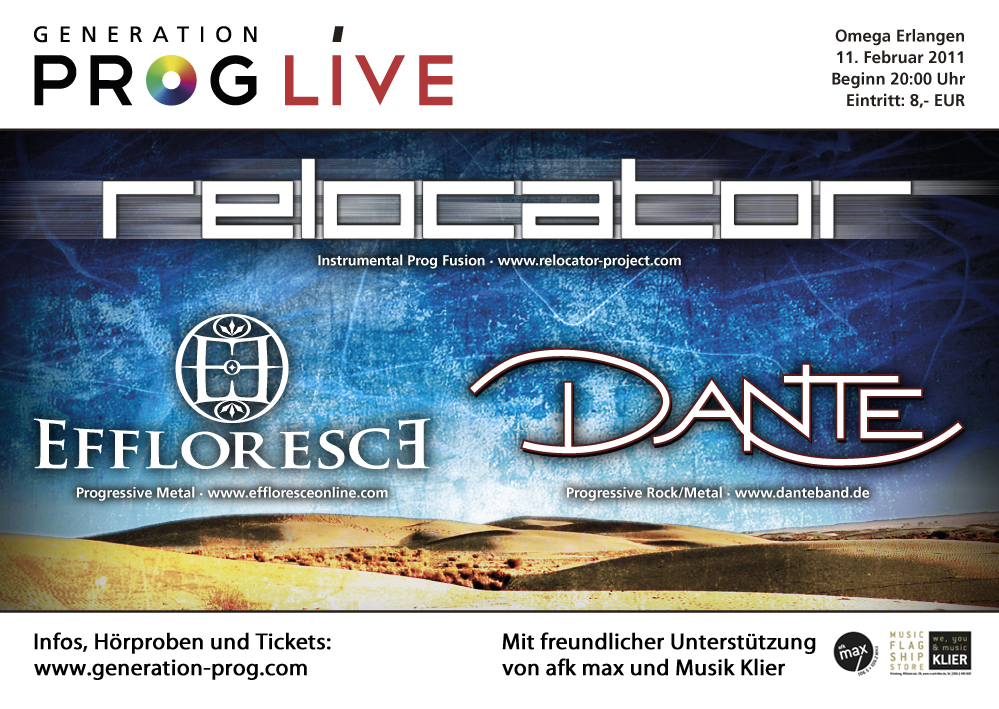 Posted on 1. January 2011 by Michael| Comments Off on Generation Prog live with Relocator, Effloresce and Dante – February 11, 2011, Omega Erlangen

Relocator will be headlining the first concert of the “Generation Prog” series on February 11, 2011. Joining them at the Omega in Erlangen (Germany) will be fellow proggers Effloresce and DANTE.

We set up a nice (for now only German) information site for this gig here:
www.generation-prog.com

Relocator nominated for “Best debut record” at the Progawards 2010!

Posted on 31. December 2010 by Michael| Comments Off on Relocator nominated for “Best debut record” at the Progawards 2010!

Great news: Our album has been nominated in the “Best debut record” category of the international Progawards! Thanks to Olav Martin Bjørnsen from (among others) www.progressor.net, Alfredo Tapia-Carreto from www.manticornio.com and all others involved for this honor!

May the best band win! 🙂

Comments Off on Relocator nominated for “Best debut record” at the Progawards 2010!

Interview with Stefan on ProgArchives

Posted on 9. December 2010 by Michael| Comments Off on Interview with Stefan on ProgArchives

A brand-new interview with Stefan was just posted over at ProgArchives, check it out!

Thanks to Slava and Torodd!

Comments Off on Interview with Stefan on ProgArchives