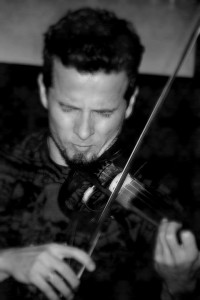 Bartek Strycharski was born on the 1st of March 1977 in Poland (Chrzanow). His musical education began when he was 6 years old in Primary Music School in his home town and it continued through Secondary Music School in Katowice and Krakow. He received his Diploma in Music after he completed his studies at the college in Krakow (although he already preferred playing rock to classical music – as he says).

His rock career started with Borderline (http://www.borderline.pl) in 1997. Everyone in the band had previous music experience with other bands so they started performing live after just a couple of months of playing together. During the next 5 years they played a lot of concerts with famous Polish groups and won several music festivals.

In 2002 Bartek moved to Germany (Nuernberg). In the spring of 2009 he was invited to play with Relocator on their first album that you can hear now. Enjoy!