Derek Sherinian recorded all the keyboards for the first Relocator album. Find out more about Derek on his official website www.dereksherinian.com! 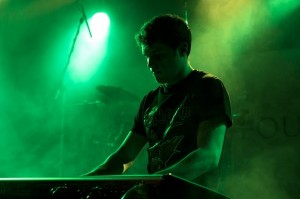 Sergej Schamber played keyboards for the live incarnation of Relocator from February 2011 until November 2014.

Sergej was born in Krasnoyarsk, Russia, in 1989. His family moved to Germany when he was 3 years old. He got his first (toy) keyboard while still in Kindergarten and has been self-educated until about age 12, when he started taking keyboard lessons. He moved to piano lessons and joined his first rock band four years later.
In 2007, Sergej joined the prog rock band Ocean Spout. His musical favorites range from bands like Dream Theater, 3 and Soilwork to various other styles, including house and electronic music (he also plays in the electronic music duo Exploding Head Syndrome). 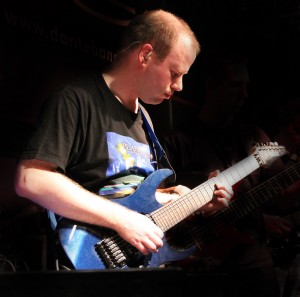 Meinte was born in the Netherlands and showed a fascination for music very early on. Violin was his first real instrument at age 10, later followed by guitar at 15 -at first inspired by Mark Knopfler but later superseded by none other than Steve Vai.
Since a few years he started picking up even more instruments “just for the heck of it!”. He has played in a number of bands, most notably Thirty7 with Frank, and currently plays bass guitar and violin in Dr. Mabuse, a band project focusing on experimental fusion/jazz/metal with an orchestral as well as an electronic twist. Besides that, Meinte subs in a number of (non-professional) orchestras, mainly as a percussionist.